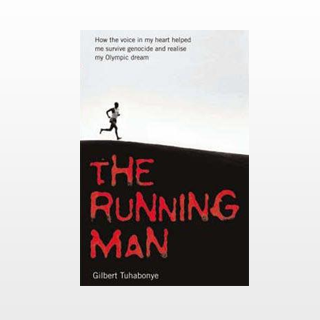 Before he even graduated from high school, Gilbert Tuhabonye lived through an unthinkable atrocity. In 1993, the horrors of the conflict between Africa's Hutu and Tutsi tribes were brought to Gilbert's school as Hutus forced more than a hundred Tutsi children and teachers into a small room and used a machetes to slash most of them to death. Those who survived were set on fire. While those around him were dying, Gilbert survived by burying himself under the charred remains of his former schoolmates and teachers. As the fire moved closer to him, in desperation he grabbed a classmate's burnt femur, using it to smash a window in order to escape. He ran as fast as he could, with Hutus chasing after him. Gilbert was the only one to escape this terrible atrocity. Having defied the doctors who said he would never walk again, Gilbert resumed his passion in life - running. Indeed it was his talent for long-distance running that earned him a place on a scholarship scheme to the USA. Through this, he was able to apply for political asylum and finally begin a new life. In the USA, Gilbert not only recovered from his physical injuries to become a world-class marathon runner with his sights set on the 2008 Olympics, but he also managed to heal his emotional scars and truly forgive those Hutus who had participated in the massacre. By doing so, he was able to find a little bit of peace lacking in other men and women who have suffered so greatly - a difficult peace needing enormous courage and fortitude.